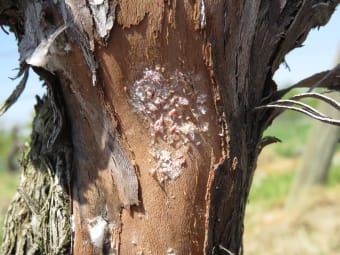 We have been monitoring several vineyards this season for mealybugs and scales again this year.

The two graphs below show the progression of mealybug development since May in two vineyards that have not treated for mealybug previously.  Adult females and egg clusters have been detected for the past 2 weeks so it’s time to consider a Movento as soon as possible if you know mealybugs and leafroll disease are present in your vineyard. 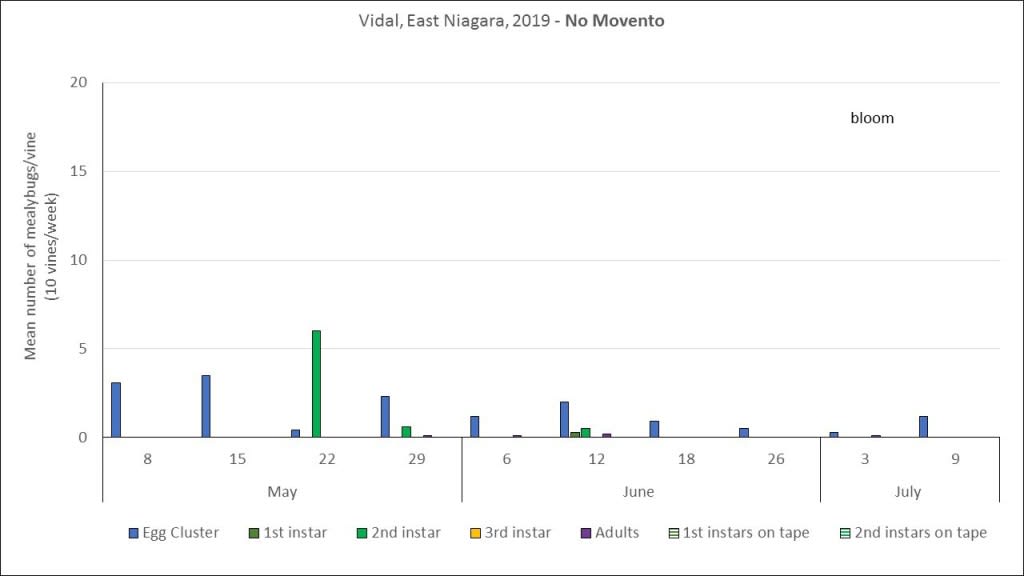 Mean number of mealybugs per vine in Vidal in East Niagara in 2019, no Movento applied previously

Does Movento work?  Is it required every year?

The graphs below show the changes in mealybug counts from 2018 to 2019 after 2 sprays of Movento at 460 mL/ha in blocks with different levels of infestation.  In the first site (Cab franc, East Niagara) there was a significant decrease in the number of mealybugs.  For this vineyard, at least one spray of Movento is recommended.   We will continue to monitor to see whether a second one is required this season. 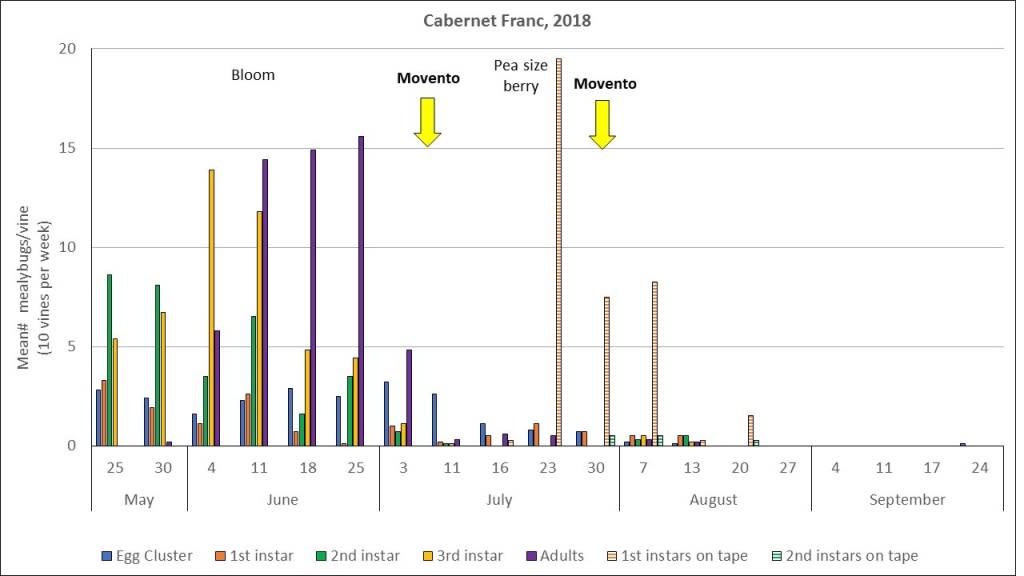 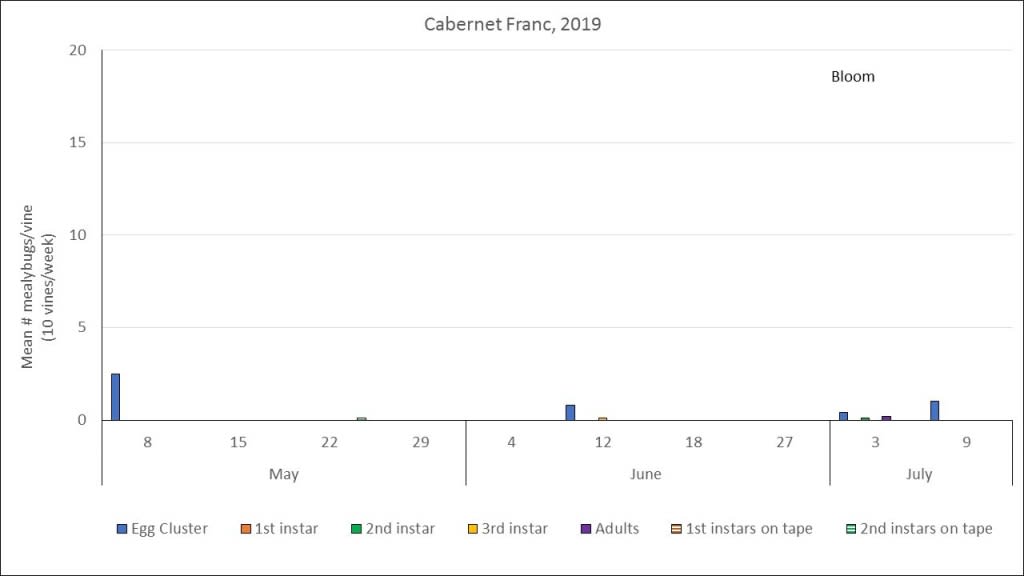 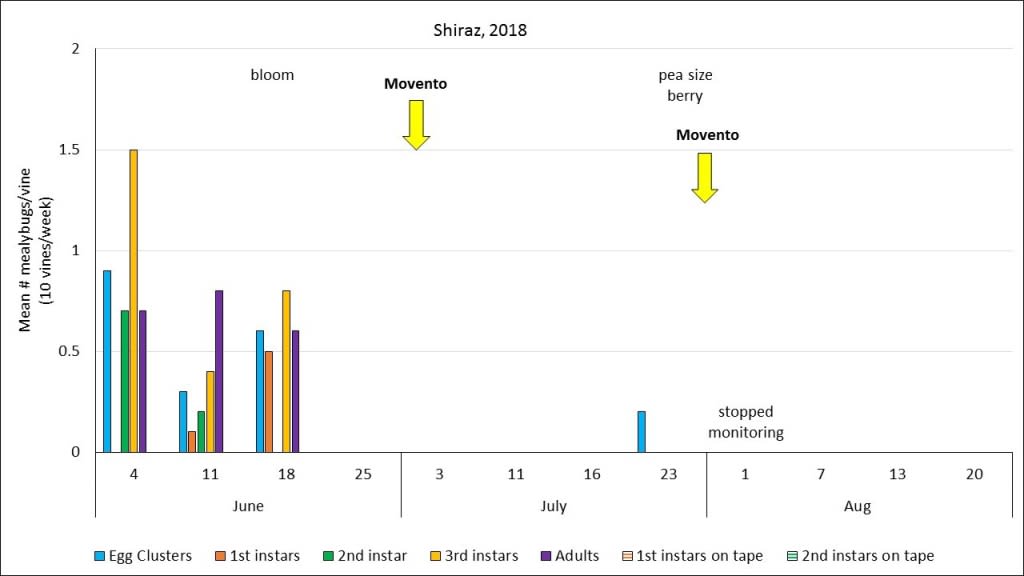 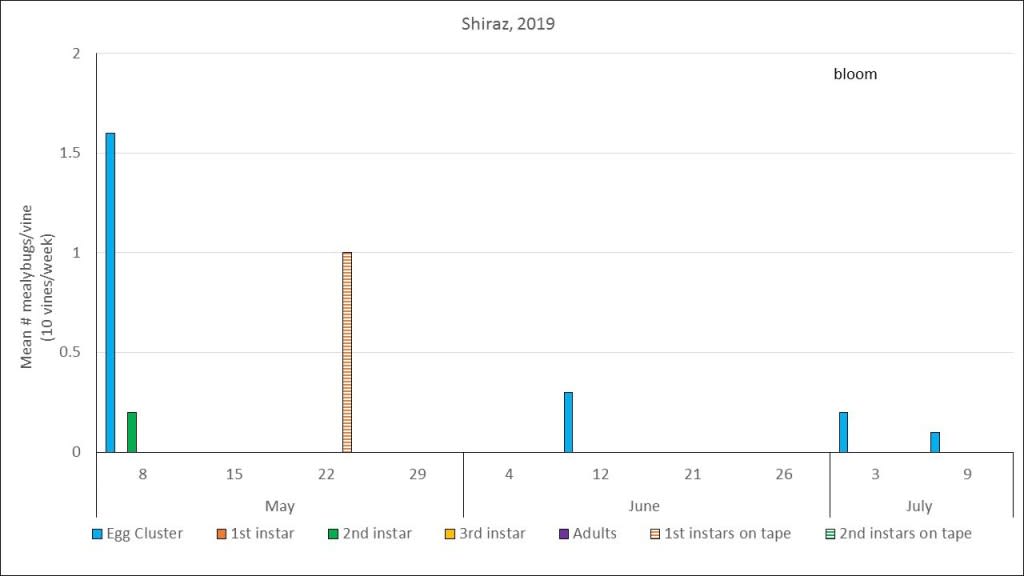 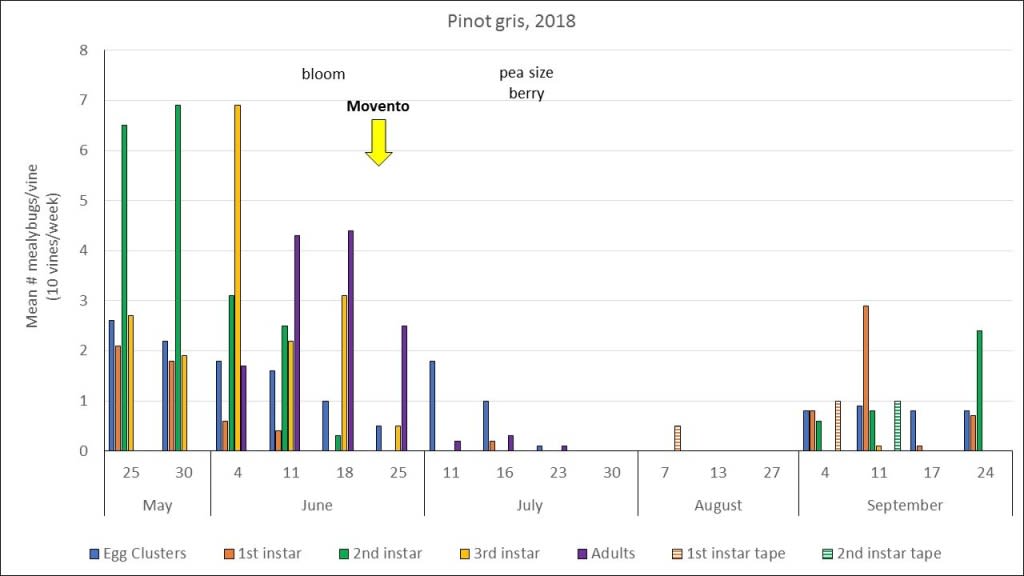 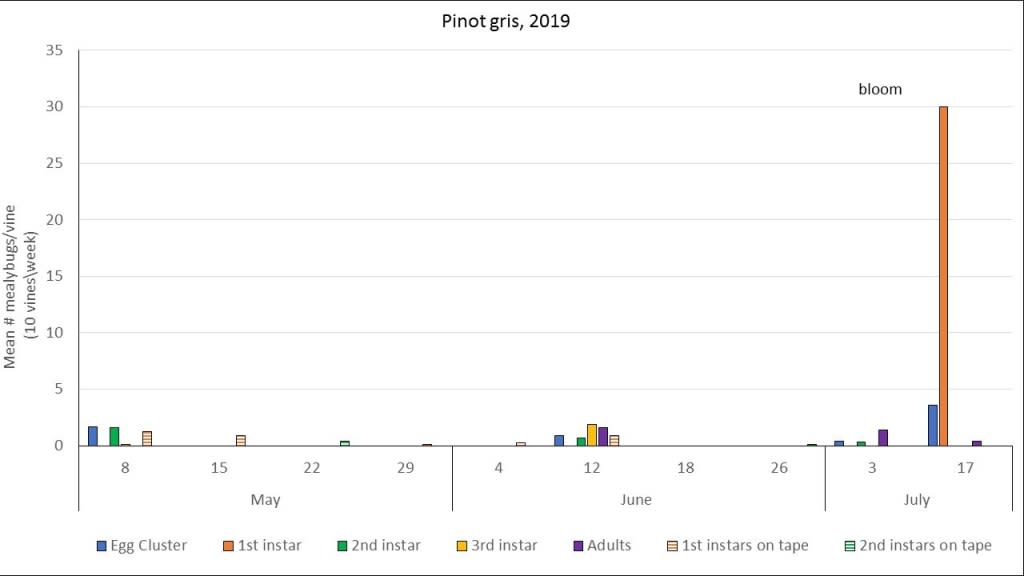 How much mealybug is too much?

A threshold for mealybug has not been developed.  However, a single crawler feeding on an infected vine and moving to a healthy vine to feed can successfully transmit grapevine leafroll virus.  Each egg cluster contains about 50 eggs, each of which can hatch to produce a new crawler capable of transmitting leafroll virus.  Also consider that we are looking at only 10 vines per week and the values in the graphs are mean values.    For example, at one date, the number of first instars ranged from 81 on one vine to 0 on most vines.  The bottom line is if you have mealybugs (or scales – not mentioned in this post but also leafroll virus vectors) and leafroll in your vineyard, applying a spray at this time will at least reduce the spread of leafroll in your vineyard.